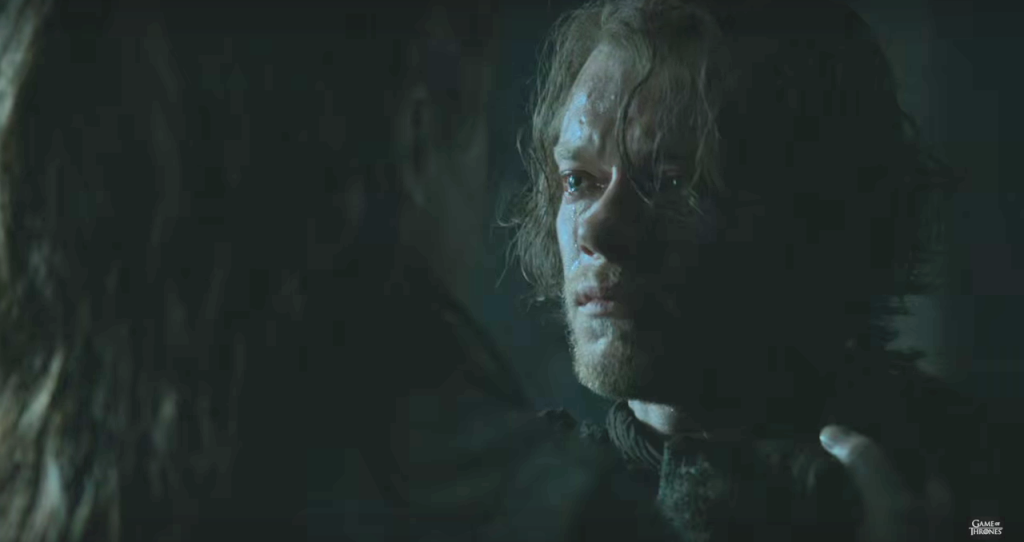 Here are two new Game of Thrones interviews to tide you over! We have Alfie Allen talking about Theon’s psychology next season and promising a “darker” storyline. We also have Kit Harington stating once again that he’s not returning to Game of Thrones.

In an interview with The West Australian division of Yahoo News, Allen discusses how Theon’s regret for betraying Robb and his continued affinity for the Starks factors into his motivation next season.

“He’s worried about [Sansa] being in danger as much as himself. He definitely has some sort of link there still in his mind, some sort of connection there, and I think obviously that part of him that is Theon feels he needs to make good on the bad things that he’s done,” Allen said.

Though he remains tight-lipped about actual plot developments, Allen did say his storyline “might get darker but it will still be just as interesting, without a doubt.”

As for his character, the actor says, “I think he’s one of the most human characters on the show in the fact that he makes mistakes all the time and that’s a universal theme in anyone’s life. We all make mistakes.” Allen adds, “I personally don’t see the choices that he makes as evil, I just see them as seriously misguided.” 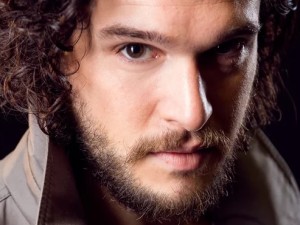 During an interview with The Guardian about his new play, Doctor Faustus, Kit Harington assured us, yet again, that Jon Snow is pushing up daisies. “I’m really dead. I’m not coming back,” he said.

After so many months of Jon Snow questions, he agreed with interviewer Nick Curtis that his Game of Thrones experience has given him a lot in common with his character, Doctor Faustus, “a man completely trapped in his own head.”

Discussing his reported exit from GoT, Harington says, “Thrones is an amazing thing, and is going to continue to be incredible – so it is a loss not being there, in the circus. It has had an amazing impact on my life. I wouldn’t be in this, or getting a lot of the offers I have, were it not for Thrones.”

He admitted another benefit of being on Thrones was meeting his girlfriend Rose Leslie. “Yeah, it was a lovely thing: me and Rose [Leslie] met in season two. Ygritte’s death on set was very emotional: I was losing my very best friend and girlfriend on the show and I was coming back next year. The character was in loss and so was I.”