Alfie Allen and Kit Harington on family dynamics, Aidan Gillen on Littlefinger, and David Nutter on Game of Thrones' appeal | Watchers on the Wall | A Game of Thrones Community for Breaking News, Casting, and Commentary 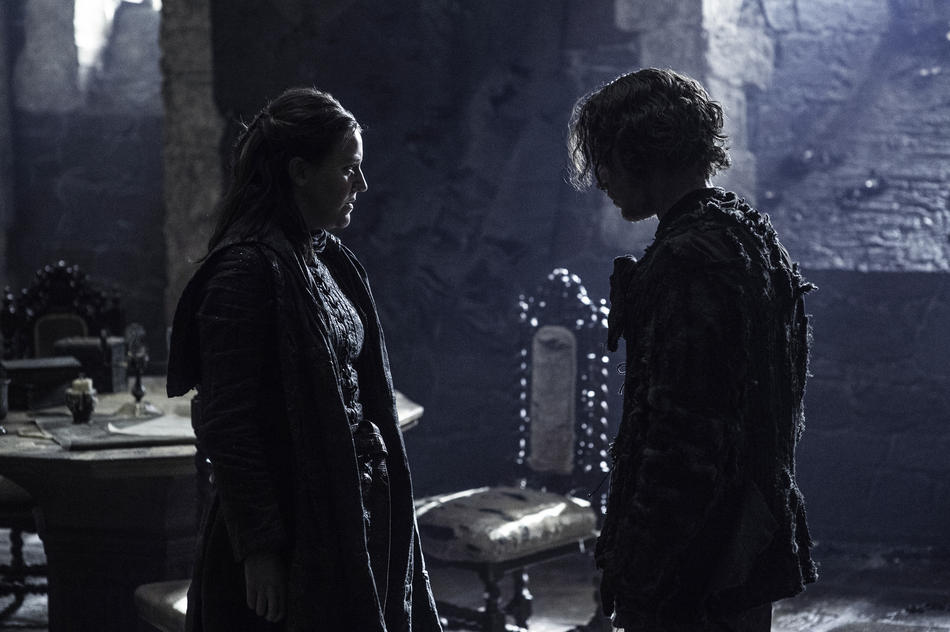 In a (possibly? maybe? probably not) final series of pre-season 7 interviews, Alfie Allen and Kit Harington address their characters’ respective sibling relationships, Aidan Gillen weighs in on Littlefinger’s determination in season 7 and David Nutter reflects on the terror of directing iconic Game of Thrones moments.

Alfie Allen spoke to Mic about the tumultuous journey both he and his character have been on over the past six seasons. Theon’s certainly changed an awful lot since season 1 but, according to Allen, fans’ demeanor towards him on the street and at cons has remained the same.

“I’ve not really had any sort of different reactions from people, everyone has always just been very nice and the only thing that I’ve ever really noticed was that it seems to make people happy…” he said. “I’ve had a few encounters with people where they’ve suffered some sort of physical torment in their lives and they’ve said the treatment I received in the show has definitely given them some sort of strength, on some sort of level. I guess different people feel differently about the show, so some people relate to different types of characters and some people just want escapism.”

Though Allen admitted he couldn’t say much about Theon’s storyline with his sister in season 7, he did offer some insight into the ongoing development of their relationship:

“The relationship between Theon and Yara, where we left it, they just formed an alliance with Daenerys. So I’d say that their relationship will continue, just seeing how that new leadership’s going to evolve and how it’s going to change their lives and where the paths take them under the new leadership of Daenerys.” 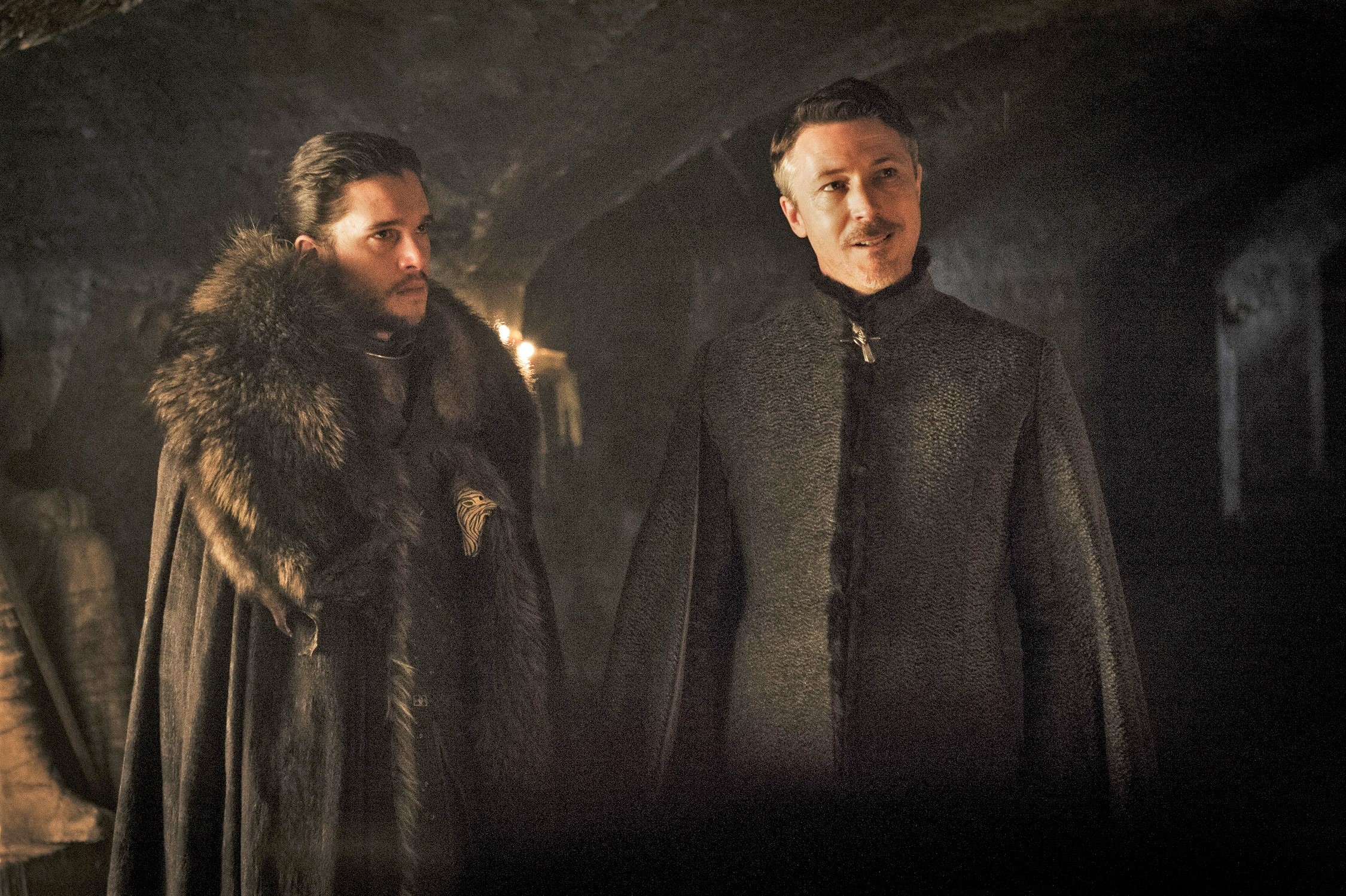 In an interview with Us Magazine Kit Harington speculated on how the surviving Stark children would react in the event of a Winterfell reunion.

“I think it would be the same family dynamics just with people who have grown up,” he said, “Sansa and Jon reunite and within a half an hour, they’re arguing like they used to. Arya and Jon would be very caring toward each other. I think he would be worried about Bran, if I’m honest. He last saw Bran when he was a little kid and in a coma. Now, Bran’s seeing s**t. I think it would be intense.”

When asked if Jon will ever find love again, Harington stated that Ygritte was Jon’s one and only love, never to be replaced … though he also said in the same interview that the fun part of doing press junkets is “leading people astray.”

In a video interview with The Wall Street Journal, Harington talked about who he believes should win the Iron Throne and what he considers to be the central theme of Game of Thrones:

In an interview with Vanity Fair, Aidan Gillen chatted about his run on Game of Thrones and the tendency for actors to “bitch about the weather” in lieu of better conversational material. More seriously, he addressed how Littlefinger views the revival of House Stark and how that might mess with his master plan in season 7.

“Littlefinger’s one of the most determined characters—ruthless and rigorous. His drive isn’t diminished in any way,” was all he said. 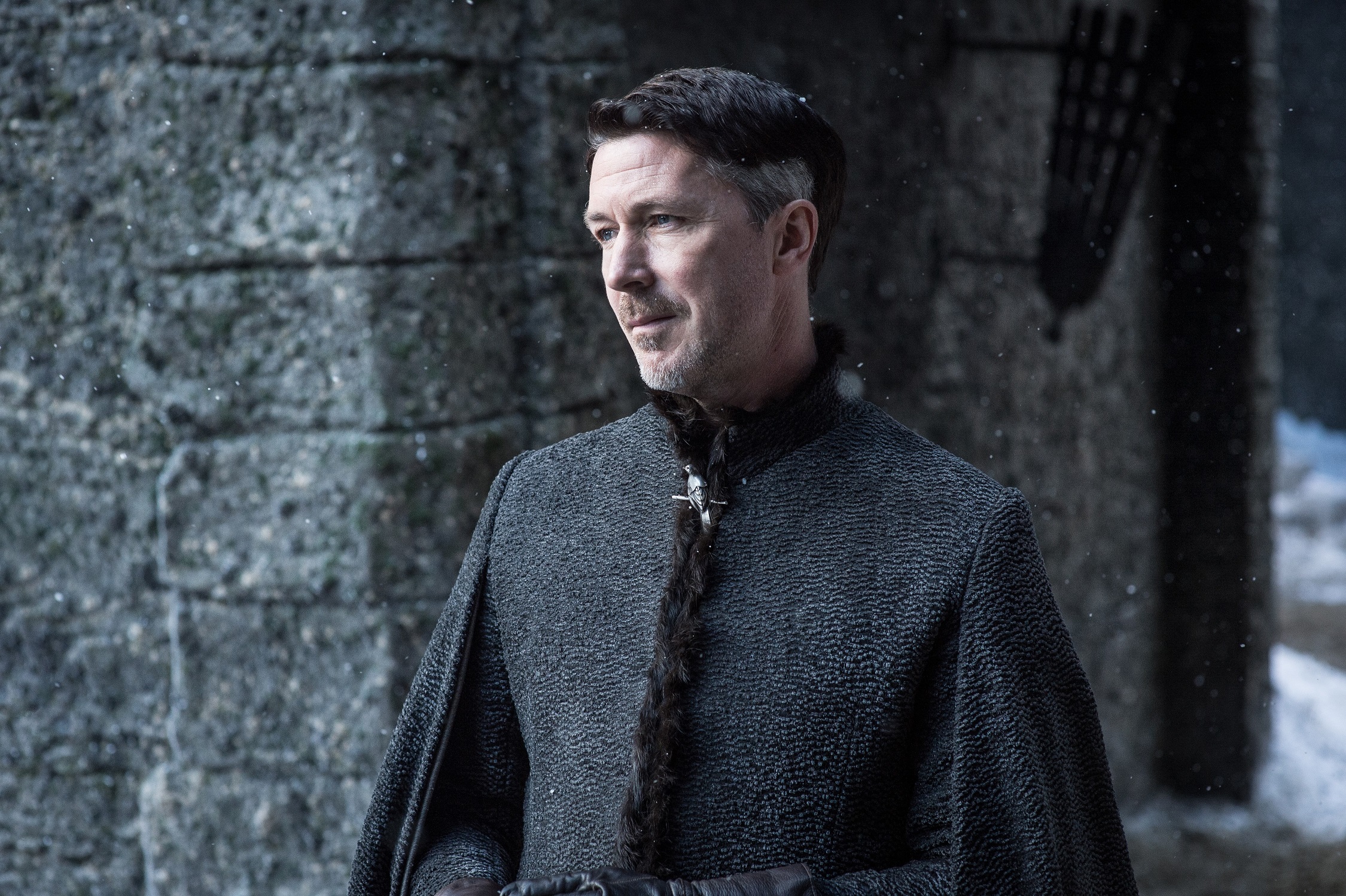 Lastly, David Nutter spoke to Time about his work on Game of Thrones. He discussed how fear is often his greatest motivator when directing an episode of such a massive show, particularly iconic moments like the Red Wedding which famously concluded on a haunting close up of Catelyn Stark. Nutter noted that, for all of Game of Thrones‘ spectacle and fantastical elements, it’s the audience’s connection with the characters that makes the show work.

“We’ve all seen too many would-be Game of Thrones killers that have come to the fore. If you simply don’t care about the people you’re watching, it doesn’t matter,” he said. “Size doesn’t matter in that respect. It’s about having a heart you care about and believe in. It’s the characters you can relate to—and if you find characters who can affect you in an emotional way, you’ll follow them anywhere.”