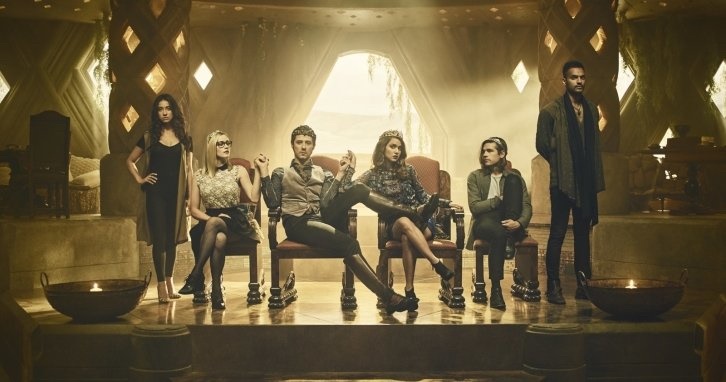 The Magicians – on SYFY

We’ve hit a special point in our wait for Game of Thrones season 7- we’re now officially less than 100 days away from the premiere! Still 99 days (and change) is a lot of time to fill before we’re once again diving into the world of Westeros and our favorite characters. What’s a fan to do between now and then? Find a new world to fall in love with, or two or three! Or five even, because that’s what we have here today: five television shows, hand-picked by the Watchers, for your enjoyment as GoT-fan-friendly choices for you to check out in the coming months. Find a new favorite show, but be sure to return before the GoT premiere on July 16th!

During the off-season, I’ve really found solace in The Magicians to comfort me through the hiatus. Based on Lev Grossman’s novels, the multifaceted characters, dark elements, and fantasy themes parallel Game of Thrones with a meta, self-aware twist. The series follows a group of graduate students who attend a magical university and accidentally summon a monstrous master magician known as The Beast. Through discipline, sacrifice, and cooperation, the students must band together to defeat The Beast and protect the magical world of Fillory. Sera Gamble (Supernatural, Aquarius) and John McNamara (Trumbo, Aquarius) blend horror and mythology to reimagine Grossman’s novels with liberty and ease. The latest season even features a royal new setting, war, dragons, and Children of the Forest-like fairies. You can watch the first season of The Magicians on Netflix and catch up on the musical, bank-heisting second season on Syfy! The penultimate episode airs 4/12 with the season finale on 4/19! – Nate 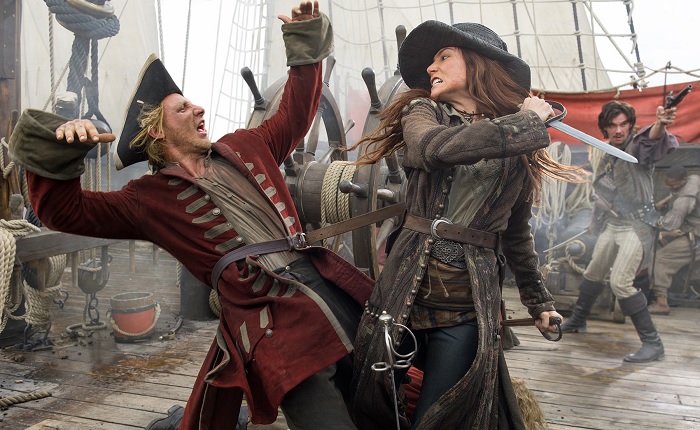 For those of you who love to binge, you’re in for a treat. After four bold seasons, Black Sails, Starz‘ adult-themed Treasure Island prequel, has just finished its run with a bang. The show is much more than the origins of Long John Silver, Billy Bones, and Captain Flint, and the backstory of the treasure map. The action-packed series creates new characters and then weaves in a gallery of colorful souls from pirate history including Captain Jack Rackham, Anne Bonny, Charles Vane, and a memorable Blackbeard played by Ray Stevenson. It’s these beautifully acted characters and the relationships they develop with one another that give Black Sails its strength; breathtaking sea battles, amazing LGBT representation, and complex story arcs build on that strong base to create an incredibly satisfying experience.

For Thrones fans, Black Sails borrows some of GoT’s most cinematic directors (Neil Marshall, Alik Sakharov), and you’ll spot Ser Arthur Dayne (Luke Roberts) as the pirate-hating governor Woodes Rogers in the final two seasons. And of course Billy Bones himself, Tom Hopper, will be joining Game of Thrones in season 7! Fill the time between now and the new season of GoT with an adventure on the high seas and check out Black Sails! (Available on iTunes, Amazon, and Starz)  – Sue the Fury 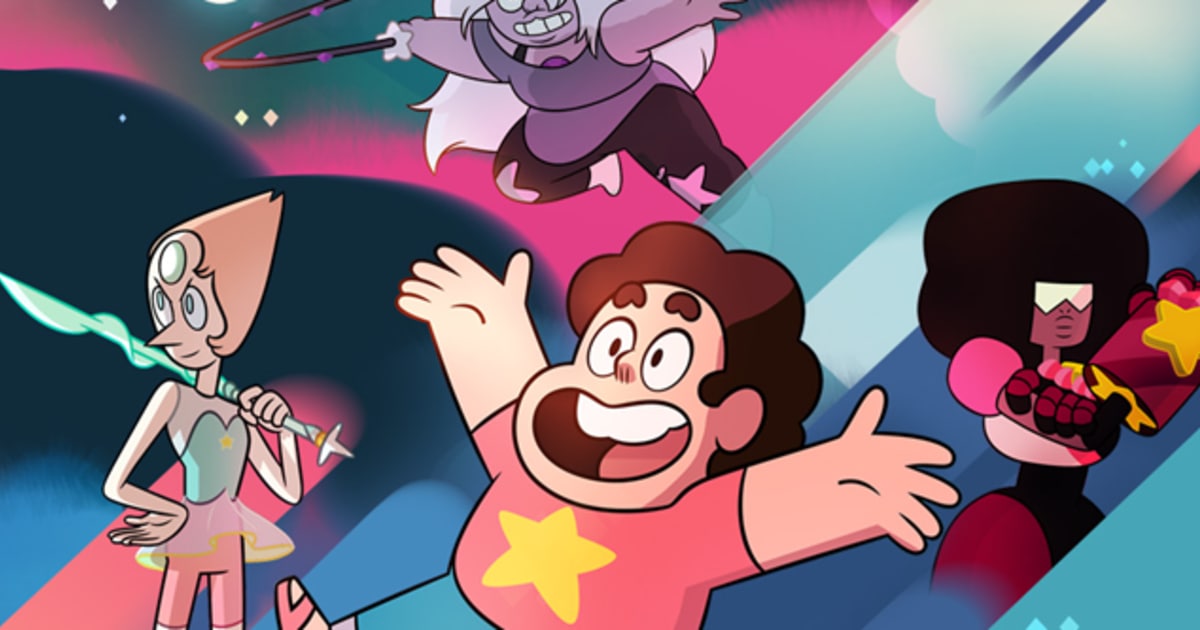 I will try to convince you to try something entirely different from the adult drama genre TV shows Game of Thrones fans are expected to enjoy. Steven Universe is a children’s cartoon. Not only that, but it looks quite infantile: it’s a pastel-colored show led by an over-excited kid. You will find no graphic sex, violence or swearing, but if what primarily attracts you to Game of Thrones is, instead, character development and twists and turns, all couched in a surprisingly well-thought out world, Steven Universe may surprise you.

The show is set on an alternate Earth that suffered an alien colonization thousands of years ago, repelled from within their ranks by a group of rebels, the so-called “Crystal Gems”. Here’s where the show begins: with Steven Universe, the mixed-species son of the dead alien rebel leader and a failed rockstar from Earth who currently owns a car wash. Steven doesn’t live with his washed-out father, though, but with the three surviving warriors from Rose’s rebellion: Garnet, Pearl and Amethyst. Those aren’t just names: they are literally minerals, given humanoid form by their weird alien technology. The depths of the worldbuilding may not be as novels-deep as in ASOIAF and GOT, but it’s close. There is much to learn from them as aliens, but even more as people: each of them has a unique background that defines them. Pearl is a former servant still in love with the late Rose (the LGBT themes in this show start as merely that —themes— but then develop into true representation), Amethyst is an Earth-born failed experiment from the colonization days, and Garnet… well, I won’t spoil that here, but there’s more her than meets the eye… or eyes, all three of them. Together with Steven, these three gems (and a few later additions) go in adventures, at first mostly unconnected but eventually leading to a clear arc in which they must face their Homeworld. There are also awesome songs! Make no mistake: this is a kids’ show. But that doesn’t mean it’s only for children. The plots, the relationships, the characters — they are all as well developed as in any adult drama, if you are able to look past the medium and the aesthetics — or better yet, if you learn to embrace them, because I can promise the show becomes truly delightful when you do. – Luka Nieto 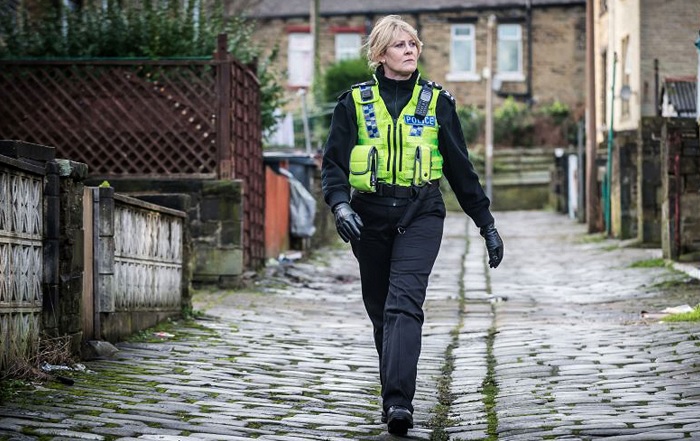 For fans who love Game of Thrones for its multifaceted characters and moral ambiguity (and don’t mind forgoing dragons and castles for druggies and highrises), I highly recommend checking out Happy Valley.

This British series about policewoman, Catherine Cawood, her endearing yet dysfunctional family and the seedy underbelly of their Yorkshire village revels in shades of grey. Much like GoT, every character, however villainous or heroic, is fundamentally human.

The dialogue is brilliant and blistering (though subtitles are recommended…those accents, man ) and the twists feel unexpected yet earned.

Most importantly, Happy Valley and Game of Thrones share that rare willingness to leave value judgments up to the viewers. Is Tommy Lee Royce inherently evil? Was Catherine a bad mother? At what point do you stop sympathizing with Lewis or Kevin? The show doesn’t tell you. You decide.

But, seriously. Turn on subtitles.  –Petra 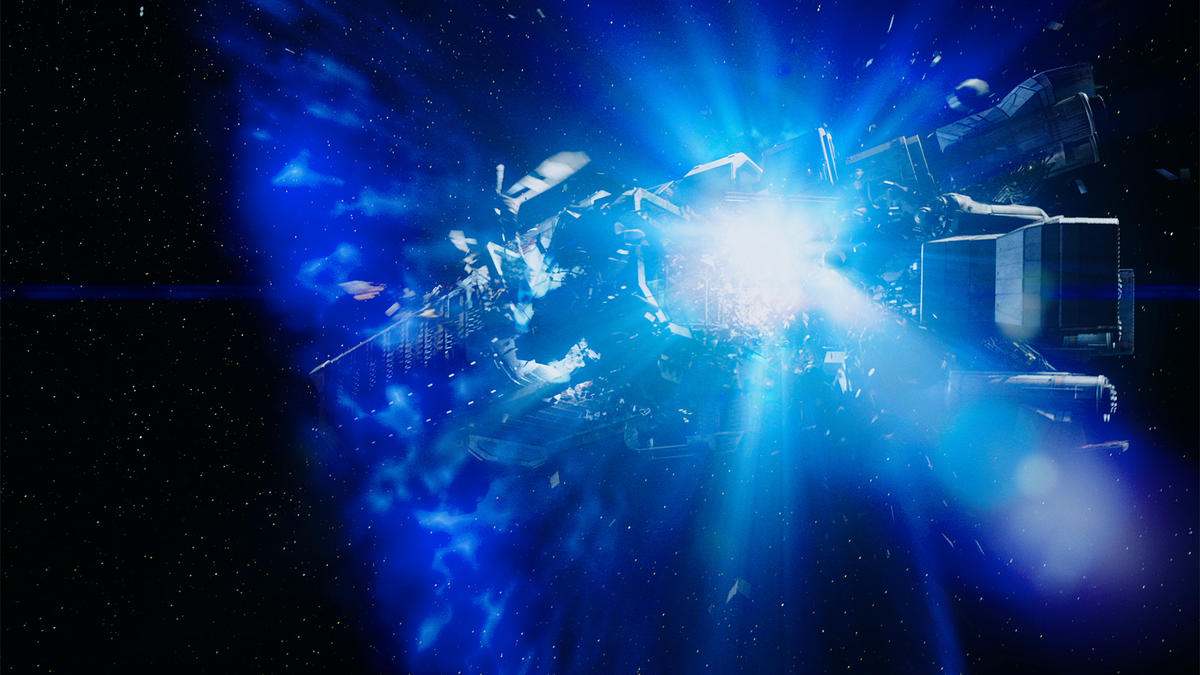 The Expanse, on SYFY 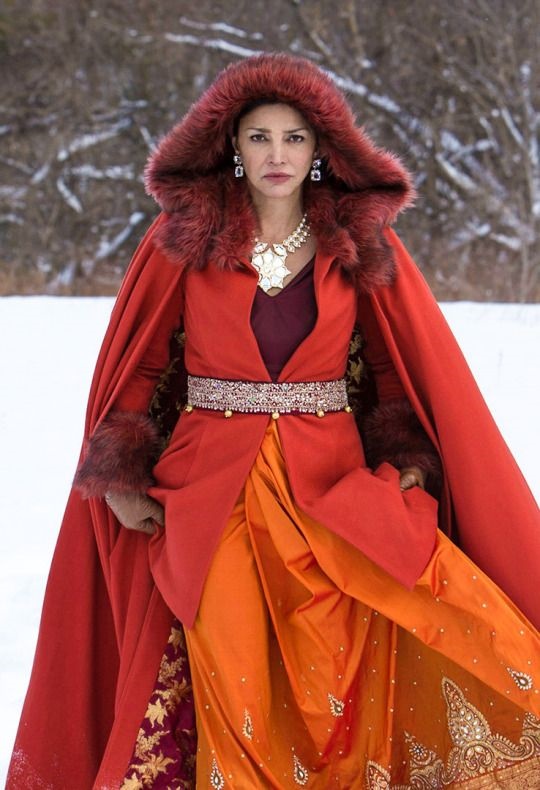 Shohreh Ahdashloo in The Expanse

The Expanse is a science-fiction series based on the novels by James. S. A. Corey.  In a colonised solar system, The Expanse follows U.N. executive Chrisjen Avasarala (Shohreh Aghdashloo), detective Josephus Miller (Thomas Jane), and ship’s officer Jim Holden (Steven Strait) and his crew as they unravel a galactic conspiracy. Although it’s set two hundred years into our future, Thrones fans will find a lot to love here. Firstly, there are the political machinations between the uneasy factions of Earth, Mars and the outer planets, known as Belters, as well as the OPA, a terrorist organisation. Like Thrones, The Expanse has taken the time to craft a distinct feel and visual for each of the groups; the Belters even have their own language.  There’s also a highly diverse cast of characters, none of whom are free from the threat of being offed at any time.  Like Thrones, the strength of the show is both in its character interactions, but also the sense that something much bigger is governing everyone’s fates. Winter might be coming for Westeros, but the protomolecule is coming for The Expanse!

These are the Watchers’ picks- now tell us your recommendations! What shows do you think your fellow fans would love, and why? Give us your best recs!